Did you know that…

bees are found on all continents around the Earth except Antarctica. But even today, the scientific community cannot determine how long ago bees appeared on earth and, accordingly, how long honey itself has existed. For example, in Spain, images were found dating back to the 7th millennium BC where beekeepers were drawn. And during excavations in the north of the African continent, archaeologists have established that the ancient Egyptians were engaged in beekeeping around the 3rd century BC. In Ancient Egypt, honey was used for embalming, and in Ancient Greece, for preserving food. Some researchers claim to have found fossils several million years old in which the remains of honey bees are imprinted.

One of the most significant archaeological finds is Tel Rehov in the Beit Shean Valley, where researchers from the Hebrew University of Jerusalem, the University of São Paulo and Goethe University of Frankfurt discovered in 2007 the remains of a large beekeeping farm dating back to the Iron Age, that is, from biblical times. The remains of beeswax vessels were also found there, and they formed the basis of the technology for the production of cans from natural Medusha beeswax. Earlier it was believed that when the Bible refers to the territory of modern Israel as “a country flowing with milk and honey”, then it was about nectar from dates. Excavations in Tel Rehov showed that honey and wax were already mined in Israel at that time. Scientists have found three dozen well-preserved hives, standing in several rows, and the remains of another two hundred, made of straw and unbaked clay. Even the remains of bees, larvae and cocoons were found, having studied the DNA of which in 2010 it was established that the ancient bees belong to the Anatolian subspecies, common in modern Turkey. Indeed, the Assyrian seal found later confirmed that the bees were indeed brought over 400 kilometres from the southern regions of Turkey.

Today, one of the most interesting beekeeping museums in the world is located in the vicinity of the Polish city of Poznan, it has more than a hundred restored ancient hives.

As I mentioned above, the technology of pouring honey into wax bowls came to us from ancient times, and we, here in Medusha company, revived it by developing equipment and obtaining a patent for the modern technology. And last but not the least, today it is Ukraine that is one of the world’s leading manufacturers and a first-leader in the export of honey products to Europe. Therefore, Medusha is not only the embodiment of ancient traditions but also healthy and tasty food, and more importantly, an authentic Ukrainian gift that guarantees unforgettable emotions recipients. Buy Ukrainian! 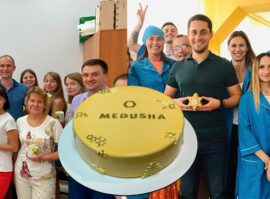 2 years on the way to success!

We are very pleased to carry this joy and create a truly authentic Ukrainian product, a unique gift and national souvenir, and we thank each of our customers and corporate customers for being with us. Buy Ukrainian! 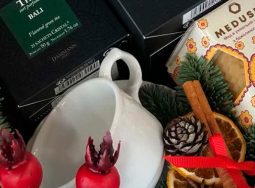 Corporate gifts help you reveal the features of the business, solve marketing problems, build the necessary communication and transmit your message directly to employees, partners, and key customers. 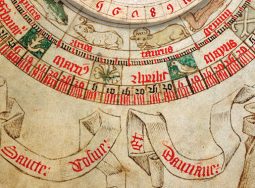 Recently I surfed net and found next three interesting ones with the indication “from ancient sources”, I can’t help but share: “kislo med”, ointment for the treatment of a strangulated hernia, chronic rheumatism, joint and muscle pain. 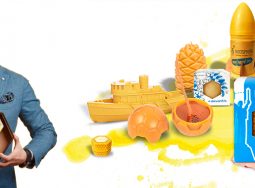 Corporate gifts are an integral part of business etiquette, it’s not only an effective tool for solving business problems but also a way to express gratitude to your partners, increase the motivation of colleagues and customer’s loyalty. Do not underestimate their value.